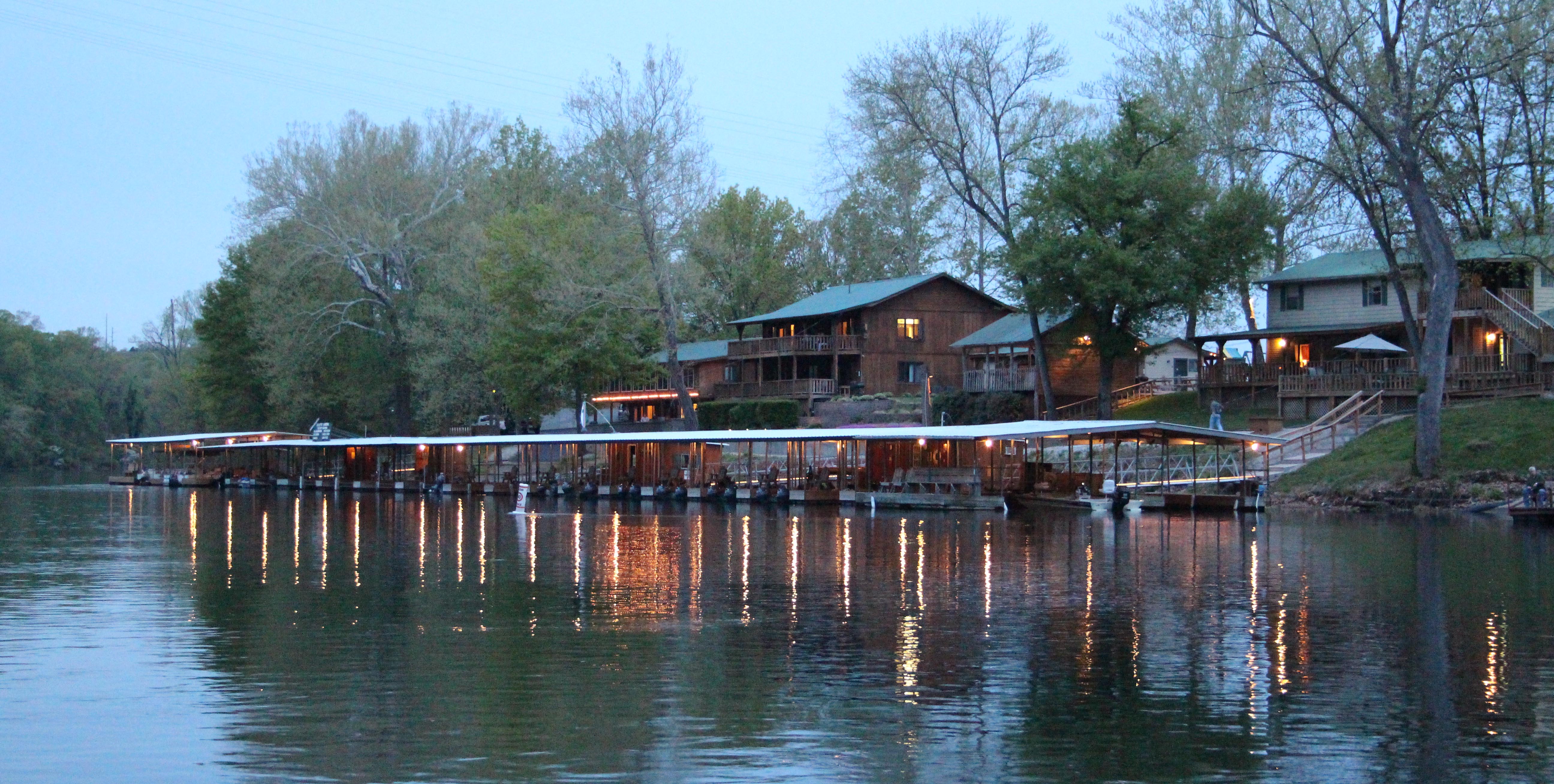 Lilleys’ Landing Resort and Marina in Branson, Missouri, may be just the year-round spot you’re looking for to enjoy both the tourist sites and the restive Ozarks waterfront along Lake Taneycomo. Nestled between gently sloping pasture land and the 300-foot bluffs on the opposite bank, the grounds are buffered to traffic bustle, even though the Highway 76 Country Blvd. “strip” is just two miles away.

As one of the small, family-run resorts on Lake Taneycomo, Lilleys’ Landing is close to many back roads that lead to area attractions. With free wireless internet you can be as connected as you want to be, but we won’t tell your co-workers — unless they come with you for a work/play lakeside conference. Nothing like fly fishing all together in a boat for the ultimate team building time.

For more than three and a half decades, Lilleys’ Landing Resort & Marina has loved outfitting anglers to fish Lake Taneycomo, which offers great trout fishing even in the winter. Our marina is open to the public and offers jon, bass and pontoon boat rentals for half-day or full-day outings (two-hour trips subject to availability.)  Fishing from our dock is free, and we can also arrange trips with our professional guides. Our fly and tackle shop is loaded with fly fishing flies and the material to make them, rod and reels, lures, tackle, bait, snacks and apparel.

We stock about everything you need to enjoy Lake Taneycomo! 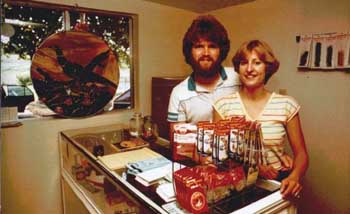 We could say, “It’s a tough job helping people vacation . . . but someone has to do it,” but the truth is we delight in watching our guests enjoy God’s great creation and their time off with loved ones. May 15 will be our 36th anniversary here at Lilleys’ Landing, and we still think it’s the greatest “job” for us! We are so grateful for the dozens of you who have stayed with us from the beginning when Phil & Marsha tried solo to juggle the beds, bathrooms, boats – and arriving babies. We can’t thank you enough for all your patient grace through the years and your encouragement as we made improvements, recruited the grandparents & Phil’s sister, Lisa, and some wonderful staff, who all have such a heart to value your precious vacation time. Our Lord Jesus has truly done beyond what we could think or ask in the physical development of the property and in pulling our family together for this operation — now involving three generations.

Back in May 1981, Jerry, Carolyn, and newlyweds Phil & Marsha began seeking the Lord about developing a Christian family camp, but the odds seemed tough without a major inheritance of land or some added income to pay the bills year-round. We were drawn to Lake Taneycomo because of the year-round traffic and the fond memories of fishing from Marsha’s parents, Dave & Jean Woolery. Carolyn then received a word from the Lord about the venture before us – that it would be a ministry and not just a business that would bless our extended family in teaching them the Lord’s ways. We prayed over it and tucked it away in her Bible. Meanwhile Phil & Marsha moved to Springfield, MO, where Marsha worked as a night copy editor for the News-Leader while Phil worked nights in the carpet transport business, allowing them days to check out Branson. Their heartfelt prayer was, “God, we’re young and naive, so you will have to close the wrong doors or we will walk through them.” And He faithfully did, even as we tried negotiations with one resort after another.

Fast forward to May 1983: Sam & Rose Hepko had “retired” to Branson from Chicago to build and operate Rosadaro Resort, but Sam had developed some health problems in the two years since we had first met them. Meanwhile, Phil & Marsha’s marriage had gained some time to mature, and their first child was a toddler. God’s timing proved perfect. After Jerry & Phil revisited the Hepkos on a Monday that May, the contract was signed that same Friday with all our conditions. Later pulling out the note Carolyn had tucked in her Bible, we realized it was two years to the day when Carolyn had received that word from the Lord. With that added confirmation, through blissful days and bummers, we have tried to live by Proverbs 3:5-6, “Trust in the Lord with all your heart and lean not on your understanding; in all your ways acknowledge Him, and He will make your paths straight.”